Skyjack brings holiday atmosphere to Guelph-Wellington Women in Crisis, an organization that provides help to women and their children who have experienced abuse, sexual assault or domestic violence. Toys were donated by the company to offer some festive cheer at what can be a challenging time for some families.

“Giving back to the community is one of our core values,” said Skyjack president Brad Boehler. “We are happy to partner with an incredible charity like Women in Crisis and hope to provide support to as many families as possible during the festive season.”

The 2016 Toy Drive event kicked off on November 30, 2016, with a tree lighting ceremony at Skyjack’s headquarters in Guelph. In addition to a $2,500 check donation to Women in Crisis during the ceremony, the company will continue to hold a month-long campaign, during which a large number of toys will be collected from employees at Skyjack’s two plants.

The Toy Drive was initiated in 2015 and continues to be an opportunity for Skyjack to support local charities. Each year, nearly 150 women and 100 children stay at the Women in Crisis shelter, Marianne’s Place, and many of them are hoping to receive Skyjack’s help.

Founded in 1977, Guelph-Wellington Women in Crisis supports more than 1,500 women each year through all their programs and services in Guelph and outreach offices in Fergus, Erin, Mount Forest and Palmerston in Canada. Devoted to fight against woman abuse and sexual violence, they offer a wide range of free and accessible services including an emergency shelter (Marianne’s Place), a 24-hour crisis line, individual counselling, group programming, housing and legal support, advocacy and public education.

Usually leaving everything behind when they come to the emergency shelter or leave violent homes, many mothers can’t afford presents at Christmas and struggle to provide for their children, according to Rosemary Taylor, manager of resource development and communications at the organization.

“Skyjack’s support brings smiles to the faces of not only the children, but also the women as they feel great about being able to give something to their children during such difficult times,” said Taylor.

Many Skyjack employees believe the event helped raise awareness in the community for women’s rights.

“We like getting involved with the Toy Drive as we feel it’s all part of the festive spirit to help the local community, and in particular it will put a smile on the children’s faces to receive a nice present from their mom,” said Ipek Williamson, executive assistant at Skyjack. 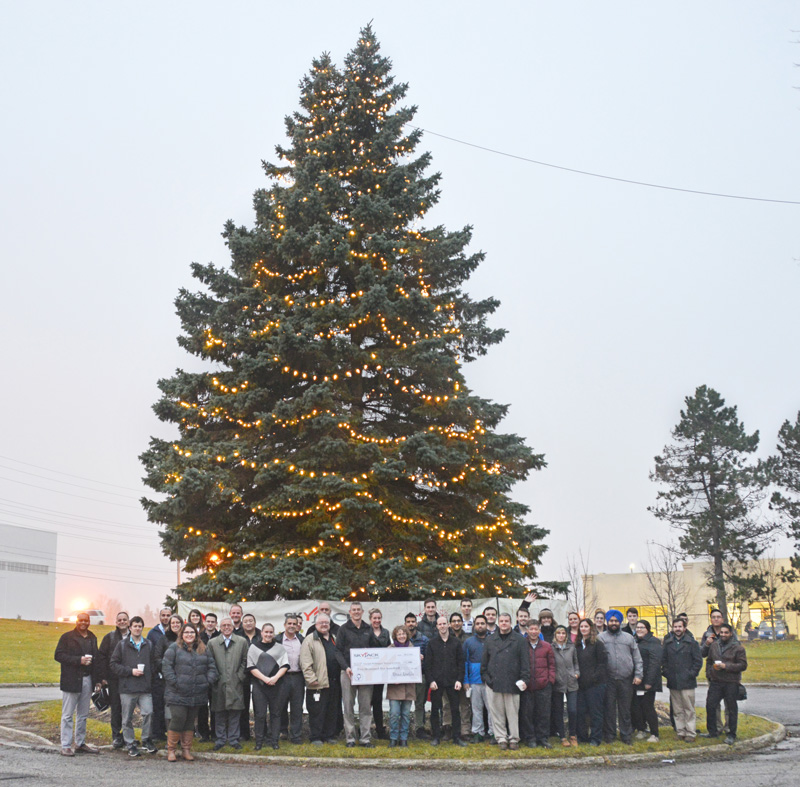