Linamar Corporation’s (TSX:LNR) Skyjack division has announced ECOTRAY, a new leak containment system specifically designed for Skyjack’s range of new DC electric scissor lifts, which provides rental companies and their customers significant benefits through a simple and reliable design. ECOTRAY prevents any potential leaks from Hydraulic systems dripping onto floors and other internal components. The Skyjack system removes the need for cumbersome, unsightly “diapers” and is particularly suited for sensitive areas such as work on decorative flooring, clean rooms and areas where hygiene and fear of chemical contamination are of concern.

“The idea of the so called diaper has been around for some time. However, they have proven cumbersome to employ and restrict key lift functionality, so we looked at something different,” says Kris Schmidt, product manager at Skyjack.

Unlike other systems, Skyjack’s ECOTRAY has been designed for essential machine functionality in mind. Functions such as pothole protection, static strap use, access to the emergency stop, emergency lowering and the base controls. The system is protected from jobsite debris damage, forklift handling and other influences that can hinder leak containment.

Available as a factory install or field kit option, the system is available on Skyjack’s range of ECOTRAY ready DC scissors. The system uses a series of purposefully placed catchment trays that contain absorbent pads, which can be quickly and easily replaced. As a field kit, ECOTRAY can be fitted within 10 minutes and has been designed to be installed without the need for tools. The changing of absorbent pads takes seconds and replacements are available directly from Skyjack parts. A distinct label shows that the machine is fitted with the system to allow rental companies, operators and customers to identify the machine with an eco-friendly system.

“Unlike other systems that focus on the main hydraulic tray, ECOTRAY also protects against leaks from drive motors and steering cylinders,” Schmidt confirms.

ECOTRAY joins a host of new features on Skyjack’s new SKYCODED™ models launched in 2020, including: 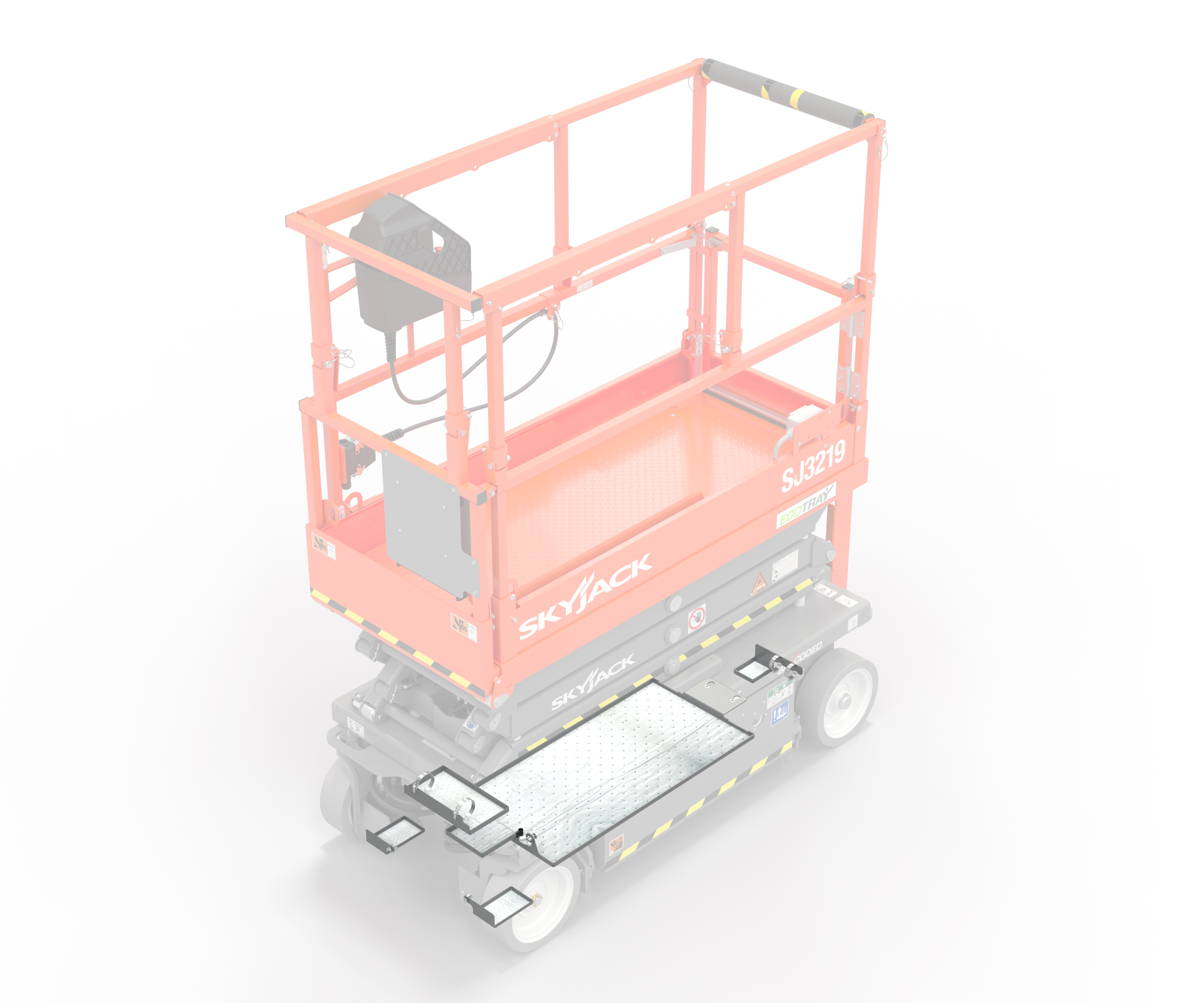