Linamar Corporation’s Skyjack division, a world leader in the aerial lift industry, and SE10, its public relations agency, were recently honored with an award of excellence from Public Relations Society of America (PRSA) Chicago chapter for Skyjack’s 30th anniversary campaign. The annual honor is awarded to the best communications campaigns.

“We are honored to receive a PRSA award of excellence,” said Malcolm Early, vice president of marketing, Skyjack. “It’s great to be recognized for our contribution to different charitable projects around the world, while celebrating our 30 years in business.”

As Skyjack’s 30th anniversary approached, the company wanted to make a splash – sharing their fun and bold personality while paying homage to the customers who have supported the company’s 30-year history of manufacturing simply reliable aerial work platforms. With help from the SE10 team, Skyjack partnered with 30 organizations worldwide and completed 30 unique, charitable projects through the 30 FOR 30 PARTNERS campaign.

“Our goal was to donate machines, labor or money to help worthwhile charities complete projects that needed the extra boost,” Early said. “Many of these charities support communities where our customers or employees live and work, so it was important for us to give back to them.”

Skyjack launched the campaign at the 2015 American Rental Show in New Orleans, Louisiana, and broke through the noise at the tradeshow by hiring a flash mob featuring dancers and a marching band to surprise the 6,000 attendees. Like Peter Piper, the performers led a trail of curious followers from one end of the tradeshow to Skyjack’s booth, where drummers used only a Skyjack machine to perform a solo – showcasing that Skyjack machines can take a beating, like they have been reliably doing for the past 30 years.

Between February 2015 and February 2016, the 30 FOR 30 PARTNERS campaign, supported 30 projects, including helping Houston Food Bank save 40 hours of manpower in America, carrying out vital maintenance work on a Royal National Lifeboat Institute vessel in the Britain, mounting a whale fossil at the Aquatarium in Ontario, Canada; making over an urban area in Germany; donating rice to an orphanage in South Korea, and funding a photography contest in Brazil.

“We were honored to support Skyjack on such a worthwhile campaign,” said Chi-an Chang, account manager, SE10. “Not only did the campaign give back to charities in Asia, Europe, the Americas and beyond, the flash mob was also a very unforgettable experience.” 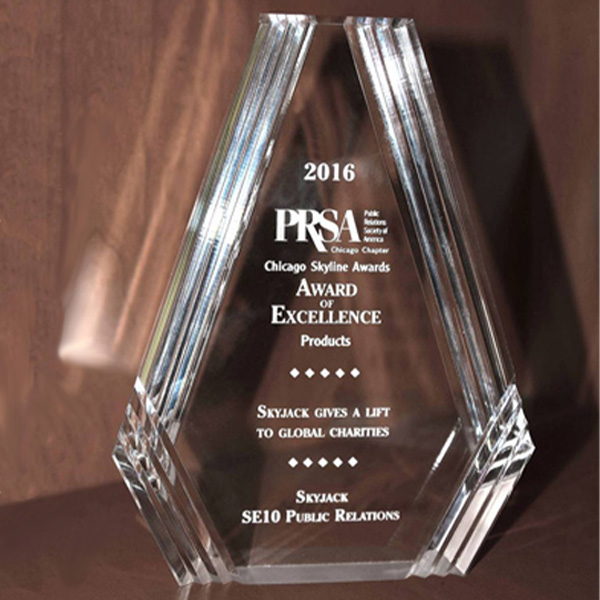