May 4, 2020; Guelph, Ontario – Linamar Corporation’s (TSX:LNR) Skyjack division has announced a range of upgrades to its Telescopic Boom range for 2020 that gives rental companies and users increased productivity.

The changes will be on 40 and 60ft machines. Depending on the model, capacities are increasing up to 454 kg (1,000 lbs), as well as personnel ratings, up to three persons.

“We’ve gone one step further with these new booms,” said Corey Connolly, product manager at Skyjack. “Having a range with increased capacities together means that operators are able to complete tasks more efficiently across all kinds of applications.”

The nomenclature for these machines will feature a “+” to identify the increased machine capacity, differentiating the new machines from their previous models.

Along with the increased capacities and personnel ratings, the new + models will also feature control system changes which better align with ELEVATE, Skyjack’s telematics solution.

”Adding dual capacities to the majority of booms was largely modelled after the success of the SJ85 AJ, which has been received with much acclaim since its launch. It was also important that when adding these new features to our booms that we also maintained the features which have been long associated with Skyjack,” Connolly explains. 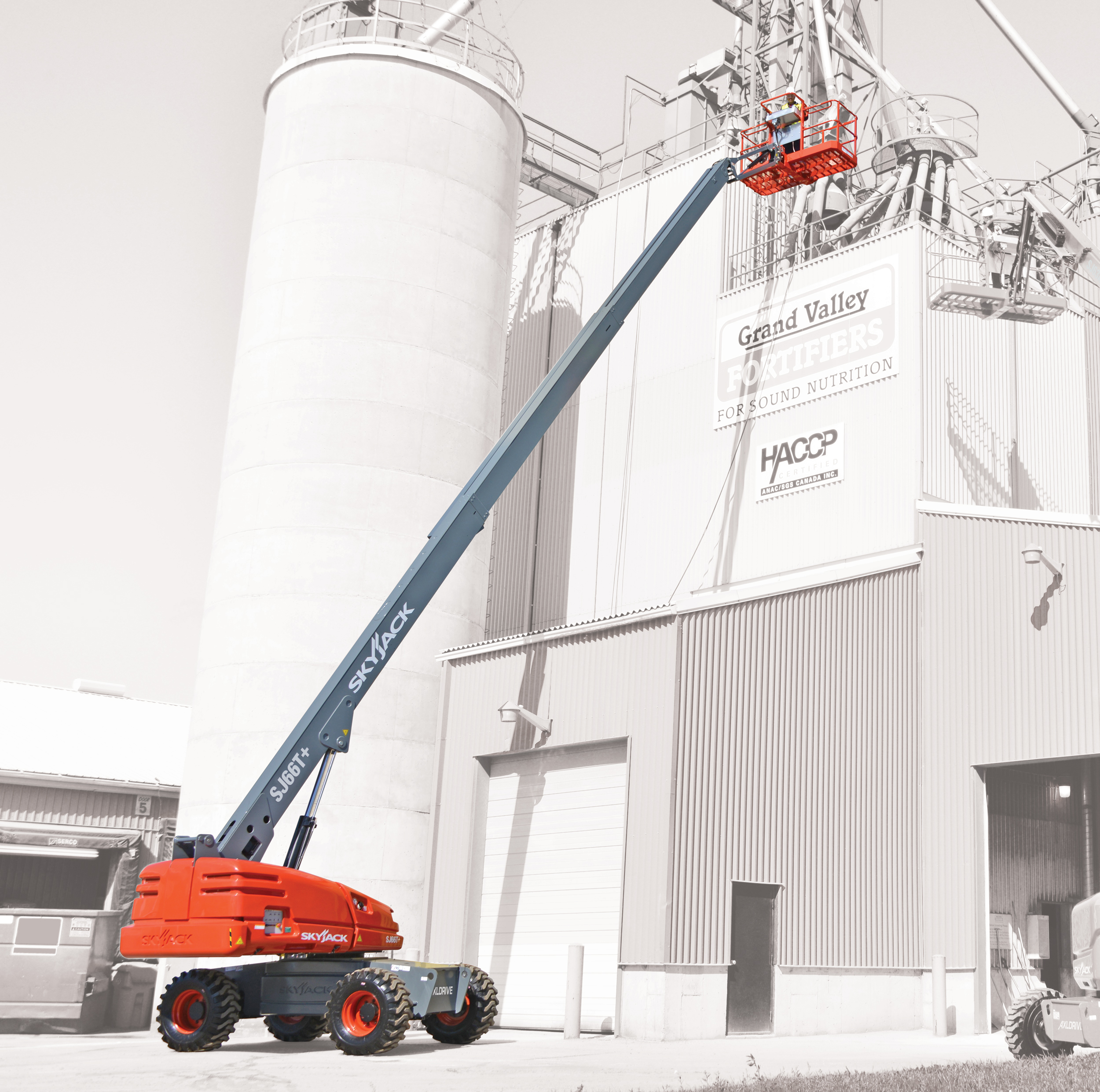